Advanced Elements, Inc., makers of world-class inflatable kayaks by any standard, have brought updates to two of their classics, which has resulted in two new kayak models.

First up, the redesigned AE1007-E AdvancedFrame Convertible Elite is taking it to the next level.

In the case of the AdvancedFrame Convertible Elite, a fifteen-foot kayak that can be paddled solo or tandem, Advanced Elements has combined its proven aluminum rib-frame technology in the bow and stern with rigid drop-stitch technology in the floor to provide paddling performance t

hat rivals that of a hard-shell kayak. The drop-stitch floor not only adds unparalleled rigidity in an inflatable kayak but creates a hull with chine, edges along the bottom of the kayak, which enhances the tracking and hull speed.

Sharing many of the same features as Advanced Elements’ classic AE1007-R AdvancedFrame Convertible, the Elite has a versatile open deck design that can be converted to a closed deck kayak in a matter of seconds by simply zipping in optional single or double deck conversions. Upgraded features include high-back lumbar seats and a duffel bag with detachable shoulder straps for snag-free transport.

Building from the successful AE1050-Y Attack Kayak, the Attack PRO has been fully upgraded with drop-stitch technology resulting in enhanced rigidity and performance on the water. With 12-inch rocker, a wide stance, and a 9.5-inch tube diameter, this full-time self-bailer is stable, responsive, and made for whitewater. The 3-chamber construction consists of durable PVC Tarpaulin and features adjustable foot pegs, thigh straps, a supportive high-back seat, and hull abrasion rails. Weighing in at only 25 lbs., it’s light enough for longer portages and is a blast on the water! 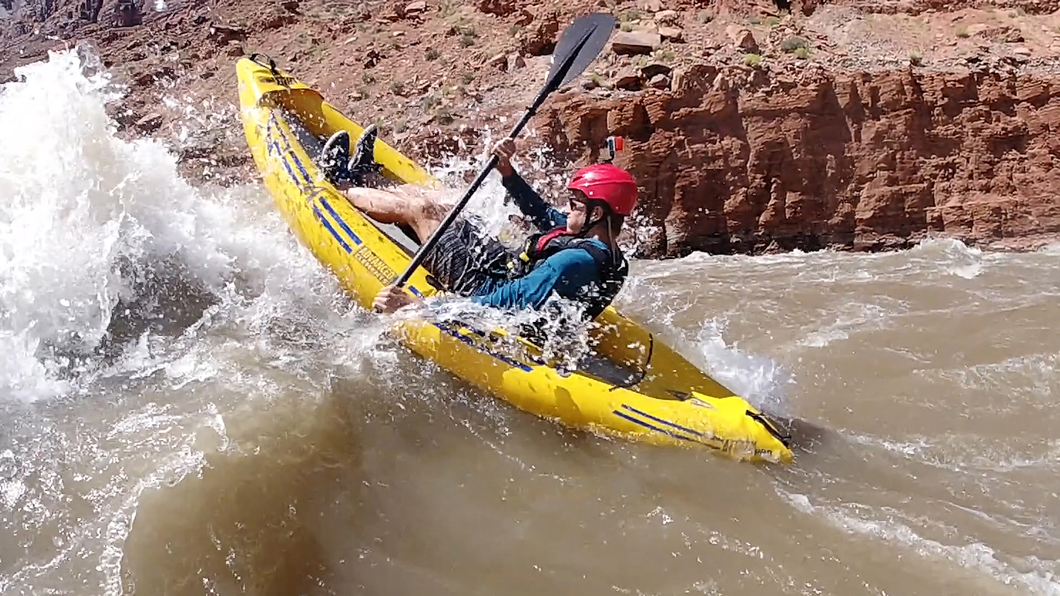 For more information check out advancedelements.com — or call for a free catalog at 866-262-9076.

SUP Goes Transformer with the New Switch Board from Isle

ISLE announce the Switch, a new “hybrid” watercraft that converts from SUP to kayak in seconds and weighs in at just 19 pounds.

As much as kayaking requires the preservation of nature, the material used for our equipment doesn't help. The majority of...

Get ready to be on the edge of your...
Athlete Stories

There’s a new King and Queen of the North...
Whitewater Kayaking