Call it medal mania. All four Tokyo champions will look to create history this weekend when they attempt to become the first athletes to become Olympic and world canoe slalom champions in the same calendar year.

The 12-month delay to the Tokyo Olympics has created an opportunity for history to be made, with Germany’s Ricarda Funk, Australia’s Jessica Fox, Czech Jiri Prskavec and Slovenia’s Benjamin Savsek all on the cusp of creating a first for canoe slalom.

Funk won women’s K1 gold at her Olympic debut in Tokyo, but will face a strong challenge from bronze medalist Fox, who this month was crowned the overall K1 ICF world cup champion for 2021 and has been world champion three times.

Fox will also start a red-hot favourite in the women’s C1, where she won gold at the discipline’s Olympic debut in Tokyo, to add to her four world titles. But she was pipped for the 2021 overall world cup title by Czech Tereza Fiserova.

In the men’s K1, Czech Jiri Prskavec will have his first international race since winning gold in Tokyo, and will be hoping to defend the world title he won in 2019. Among those eager to wrest the crown from the Czech will be 2016 Olympic gold medalist Joe Clarke, who missed selection for Tokyo for Great Britain.

Denis Gargaud Chanut is another who missed selection for Tokyo after winning gold in Rio. The Frenchman this month secured the overall men’s C1 2021 world cup title, but faces a strong field in Bratislava headed by Tokyo gold medalist, Benjamin Savsek of Slovenia.

The men’s and women’s extreme slalom competition in Bratislava will be the largest since the sport’s introduction in 2017, as athletes prepare for the sport’s Olympic debut.

Away from Olympic events, the Slovakian men’s canoe slalom team will be aiming to continue the longest winning streak in the sport’s history. Slovakia has won gold at the nine past world championships, and will start favourites on their home course in Bratislava to make it ten.

For the third time, the wildwater canoe sprint world championships will be contested alongside the canoe slalom titles.

Slovenia’s Nejc Znidarcic will be chasing his third consecutive K1 sprint title and his fifth overall, while Phenicia Dupras will be hoping to defend her women’s K1 title and make it four years in a row for France at the top of the podium.

In women’s C1 Martina Satkova will be looking for her third world title, while France will be aiming for a sixth consecutive C2 sprint gold medal.

The ICF canoe slalom and wildwater world championships begin in Bratislava on Wednesday and run through until Sunday.

A full media guide for the world championships can be found here. 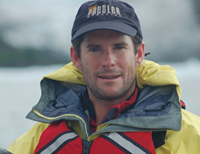 Our friends at Kind Design asked us to test out their latest River Topo Sun Hoodie product.  Knowing how...

The Virginia Tech Biomechanics Helmet Lab impact tests helmets to evaluate their ability to reduce linear acceleration and rotational velocity of the head resulting from a range of impacts a whitewater kayaker might experience.

Win a Werner Paddle!  Guess the winning time, or closest to it, for the chance to win a Werner Ultimate...

A Glint at Sprint: Olympians Add to Their Medal Tally

Athlete Story: Should I Run It?

By Melissa DeMarie There we were, standing on the boulder next to “the big one,” that rapid which had everyone...

With the Yampa River running through town, Craig, Colo., is going about making its transition from coal to river...

Our friends at Kind Design asked us to test...

Blast from the Past: Watch Pamela Anderson Paddle the S. Fork American on Baywatch!

Our friends at Kind Design asked us to test...
Sweepstakes

A Glint at Sprint: Olympians Add to Their Medal Tally

The Ultimate Guide to How to Store Your Raft

Owning your own whitewater raft is an amazing experience...